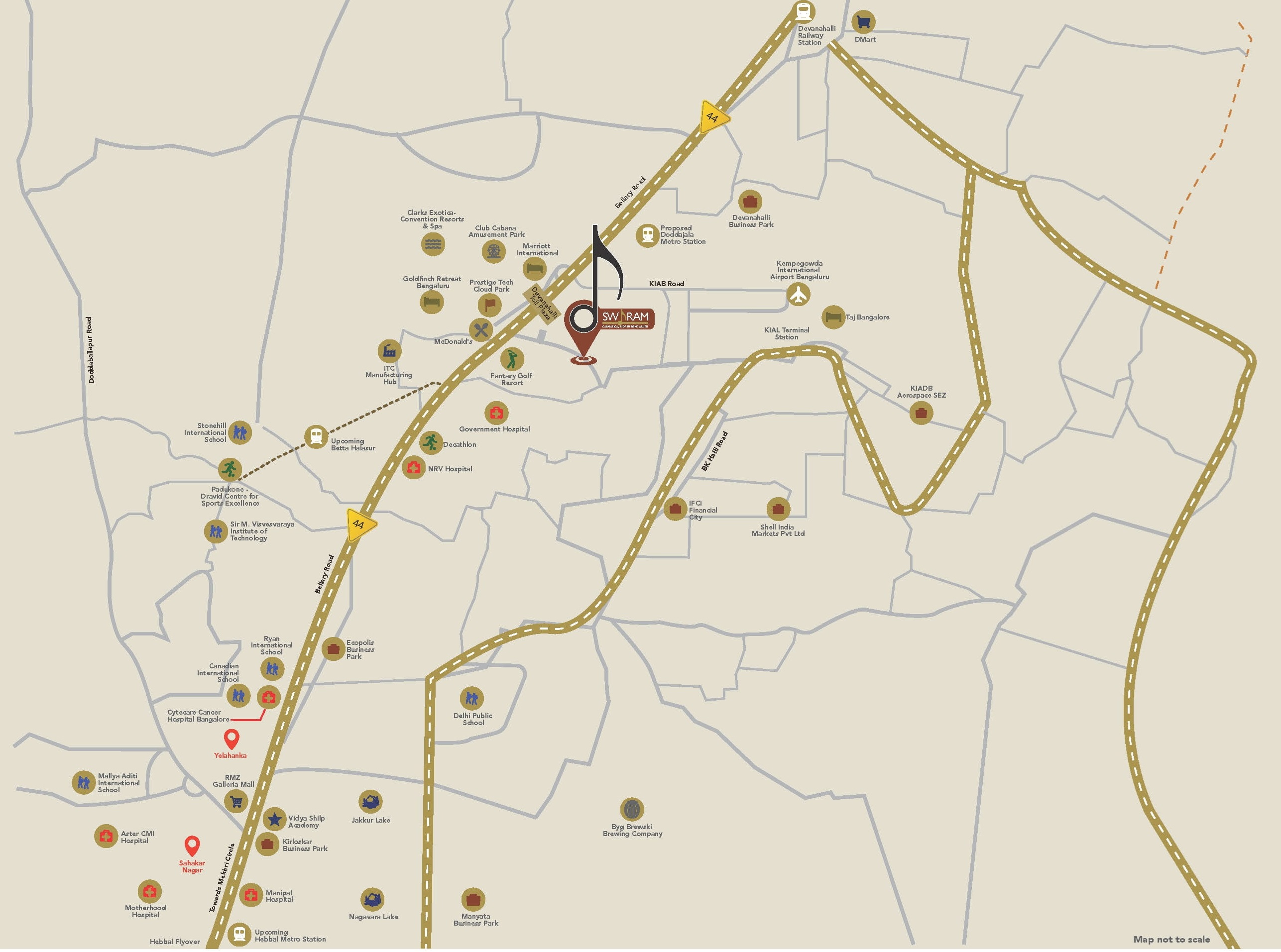 Tata Carnatica's location is in the scenic spots of Devanahalli in North Bangalore, an indulgence mixed-use development launched by Tata Housing. It will cover a vast expanse of 150 acres of land, developed with the utmost care and is located in the pristine, verdant, and prime real estate of Devanahalli in the north of Bangalore. Devanahalli is one of the hottest real estate destinations in the city of Bangalore today and is increasing. The township is in an excellent backdrop, with easy accessibility from the rest of Bangalore. The growth of Devanahalli was primarily by establishing the international airport in the locality. Tata Carnatica is located in this dynamic real estate destination and is close to several central employment hubs. North Bangalore is today overflowing with workspaces and is slated to be a significant IT zone. The area is ripe with job opportunities with tech parks such as the Aero SEZ and TCS SEZ.

Tata Carnatica Location Map provides insight into the exact location of the project. Tata Carnatica is a pre-launch plotted development situated in Devanahalli, North Bangalore. Devanahalli is dotted with some of the best-plotted developments impressing potential investors. It is the city's new residential and commercial hub with some promising builder interests in such a dream location. The area is exceptionally well-connected to other parts of the city via the six-lane NH-7 road. TATA Carnatica Devanahalli displays excellent connectivity by being close to office spaces such as KIADB IT Park, Prestige Tech Cloud, and RMZ Galleria. The location also connects well with educational institutions, retail outlets, hotels, and hospitals such as National Public School, Delhi Public School, Esteem Mall, Decathlon, Taj Bangalore, Clarks Exotica, Akash Hospital, Nandi Hills, etc.

Bangalore is among India's most desirable residential locations attracting lakhs of migrants from different parts of the world. The city is the top pick for its general well-treated weather conditions, employment opportunities, community living spaces, and entertainment hubs. Looking at the residential realty growth in the city, Devanahalli tops the list with some of the best-plotted developments impressing potential investors. 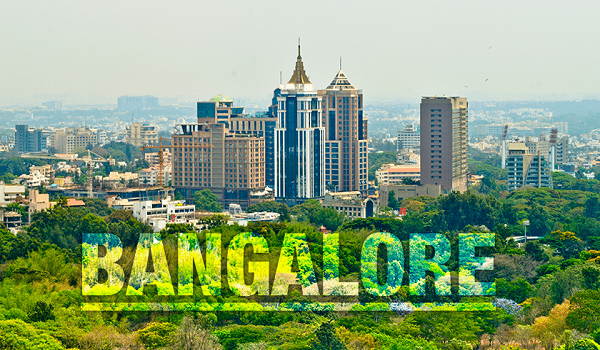 The commencement of Bangalore International Airport in 2008 has revolutionized the concept of real estate. Devanahalli is the city's new residential and commercial hub with some promising developer interests in such a dream location.

Bangalore International Airport has supported a lot of connectivity in the northern parts of Bangalore. Numerous BMTC buses run to and fro at regular intervals throughout the day. Devanahalli is exceptionally well-connected to other parts of the city via the six-lane NH-7 road.

The underway suburb rail project will be completed in the next few years, providing daily commuters with ample options to travel from Devanahalli to other city parts. The proposed ORR-Airport metro segment that is said to start from Central Silk Board Junction and end at Kempegowda International Airport will further add to the connectivity of this region. This development will be completed by 2024, as claimed by the concerned authorities. 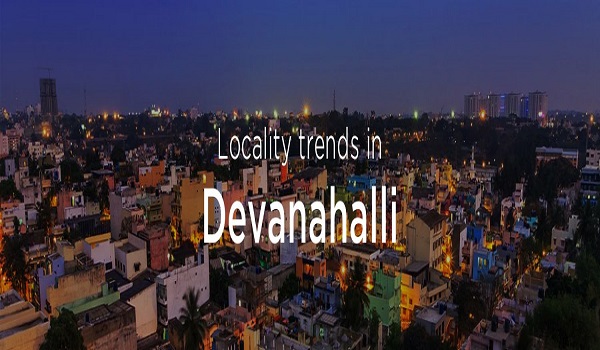 As the years' progress, Devanahalli has witnessed a swift growth in the real estate sector with the most promising developments in the region.

It is considered a technological hub with top IT parks like the Aero SEZ, Hardware IT Park and International Tech Park. The locality will see further progress with upcoming IT parks like the Multibillion-Dollar Business Park, Science Park and Financial City.

The Bangalore Aerospace Park is lounged across 950 acres of land, including the 250-acre special economic zone with leading companies like Boeing and Airbus. Infosys has also gained 10 acres of land in Devanahalli, attracting more investors and the working force alluring them to reside in this part of the city, making it a perfect industrial/employment hub in Bangalore.

Devanahalli accommodates some of the best educational institutions, hospitals and entertainment centres. Some prominent places are Akash International School, Columbia Asia Hospital, Leena Multispecialty Hospital and Elements Mall. Upcoming ventures like Holiday Inn and Space City will improve tourism in this locality as Space City is an entertainment park that the Karnataka government proposes.

There is no right time for it when it comes to property investment. Looking at the other residential areas of Bangalore, Devanahalli may offer some low prices on the plots. Still, the costs will shoot up with upcoming projects like extended metro lines and IT parks in the vicinity. The land investment in Devanahalli offer excellent appreciation value, and now is the right time to invest in Tata Carnatica. Now that we know why Devanahalli is emerging as a notable real estate destination, one should consider supporting this part of the city. All these factors offer a wide range of real estate opportunities, and Tata Housing, the leading real estate company in India, has its new-launch plotted development project Tata Carnatica.

The progressive impact of all these developments will make Devanahalli a major employment magnet and position the town as a viable alternative to the ever-growing city. One can expect enhanced interest in properties in this town soon because people prefer to live in proximity to their workplace.

Overall, Devanahalli is a good choice for investment as it offers the double benefits of better connectivity to the city and way lesser traffic congestion at the same time. With the beneficial traffic condition, the residents on Devanahalli can automatically translate to being more productive at work and spending ample family time with their loved ones creating a healthy work-life balance.

1. What is the exact location of this Tata Carnatica?

2. Which are the nearest landmarks close to Tata Carnatica?

Sarjapur Lake – Adjacent to the project site in the South direction is the nearest landmark.